Millions of stories travel around us, every story has its own world, and they are here to perform the obligations announced by the mighty universe. And every story has its destination. But sometimes a stranger’s story crosses our path, we become a part of his journey, then some series of events happen, and we discover the path which was waiting for us since ages. We just say to that stranger, ‘You are the author of my story.’
Shourya, Aahna, Ruhi, and Sid are thrashed and cornered by their evil past. But the universe conspires to weave all these spirits together to rewrite the end of their story. They cross each other’s paths to light their own conscience. They sacrifice their sleep, time, and peace to find the truth that karma is the only way of salvation of their soul so that to dwell into mighty, to awake the universe within them. They stake their lives to breathe all the strugglers who dare to dream. Some decide to release their life so that their soul could add up cosmic energy to the universe so as the universe can respond more powerfully to the victory of their friends. They don’t thirst for triumph but they fight to live every moment of the path which they have chosen. All they have to fight with is the last hope that in the end, everything will be okay. This is a tale of the faith in ourselves that brings the universe to us and dwells all universal power into us.

Sunil Kumawat is a son of a poor farmer, lives near Indore, graduated in Arts from DAVV, Indore. At present, he is preparing for Civil Services from New Delhi. Belonging to a village that holds cruel thinking scared him. He turned introvert that forced him to hold a pen and paper to express his emotions. To dream something is like a crime in his village. Nevertheless, he dares to dream. He chose the endless path of writing to find his voice. This book is the dawn of the revolution to awake the people of his village, to live the life the way they want, to break the boundaries of their own. By this book, he is presenting an example to the youth of his village, so that they could dare to dream, as that’s how they can find their real Karm on earth. He has dedicated his soul to help people of his village in helping them to find the right way to live the life, to fight for the truth, to set theory of Karm, to know their own souls. Sunil has dwelled in the spiritual world. Moreover, he accepted the writing journey to find the truth of the universe, he is wondering about from years. This is his journey to merge his incomplete part into the all mighty universe to become Purn. Inspired by the words of Amish Tripathi and Paulo Coelho he began his jaunt to awake all the spirits and to find the true essence of his own soul. 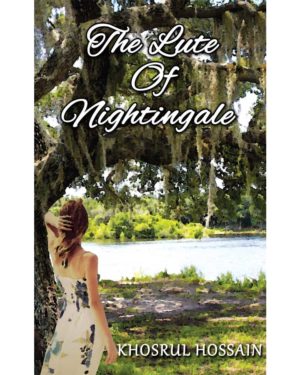