DG Bonnie is a dreamer writer who loves to write when it strikes. She has been passionate about varied subjects and believes that writing is the best option to amalgamate all the flows of thought into a single form to create effortless pleasure. Amidst all the favourites, she could not set aside her fascination for life outside the Solar System and this novel, Series is a harvest of the same passion and fruit of a belief that every happening is the result of the minutiae of people’s mind; and somewhere we are searching out in the space for another existence who are very similar to us, and yet different. Thus she sees a novel as a reflection of a life which is unfair to be tagged to a single genre; a novel or story close to our life also reflects the same truth and always somewhere is a mixture of genres with love, tragedy, friendship, adventure, nature, science and communicating through literature, and flows with a fragrance of spirituality, yet goes through phases of conflict between right and wrong determining our actions and deciding our fates. This sequel slowly develops with knowing her people first, then moving along with their stories and lives; eventually gets deeper in its own genre as the next sequels line up. She is an IT professional based in Melbourne, Australia after staying in India and USA. The travelling and the cross-cultural association have been an impetus for her writing though she believes that closed walls can never close a creative and conscious mind. All the beautiful, kind-hearted and friendly people across many countries she has met in these years made her believe once again that somehow, somewhere every human being is connected by a common bond, a common tune that is making the human life worth living and loving. Each and everything in this beautifully conscious race have fascinated her thoughts while writing this Novel series and every time while writing about another unworldly World, she wanted to find these beautiful minds, with varieties, with intricacies, surviving in challenges, fighting yet going strong in odds, striving with outside complexities in order to attain the simplest of a peaceful life – could not be a better interest factor to derive and drive a piece of writing. She conveys her deepest regards and thankfulness to each of them, and her faith in the existence of another beautifully similar yet distinct realm, existing in this universe or in another universe – where the ultimate consciousness and traits of survival are the have-to-haves for consideration. 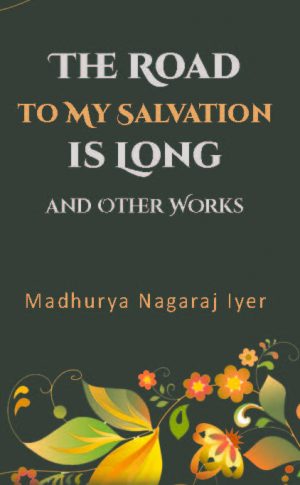