Ancient Naagmanav clans namely Vasukis, Sheshnaags and Takshaks live secretly in the present times. A series of unprecedented events leave them no choice but to come forward to take control. The life-sustaining elixir of the universe, Amrit, is threatened as the Takshaks, lead by the powerful Kaalsarp, are in search of Kaalkoot, the most lethal venom that ever existed. The Amrit originated from the Samudramanthan, the great cosmic churn that gave rise to this universe, alongside Kaalkoot, its anti-matter. Shiva from the Godverse, one of the creators of this universe, held most of the Kaalkoot inside him to protect the life in the universe from annihilation even before its creation. A portion of Kaalkoot that remained, is hidden somewhere protected by the Vasukis as it can never be destroyed. The Takshaks hold a chronic vengeance against humans since the times of Mahabharata. The Takshak king then had assassinated King Parikshit and in retaliation, the united human kingdoms had massacred Naagmanavs and the few who survived started living in oblivion and slowly over time, Naagmanavs became a myth.
But, not anymore as Kaalsarp tries to take control of the world with plans of creating weapons of mass destruction from Kaalkoot to take control of the world. Some humans and Naagmanavs join forces for the Herculean task to stop Kaalsarp. Thereafter starts a thrilling adventure that tests their strength and wits to the limits to defeat the common enemy in order to save the world. Secrets revealed during their quest can change the way mankind has perceived the world forever. 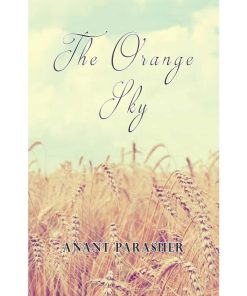