The Goddess who jumped out of Hell

A work of fiction that tells a story of a girl named Smitha who lives in India where her older sister is to be married. While Smitha is excited for her sister, she cannot feel but disgusted at the way women are treated in Indian society, particularly when it comes to marriage, where the father arranges things for her and pays a dowry to get the man to marry the woman. Smitha vows to defy this even though her mother says, “We can’t change the customs society had been accustomed to for years. It takes a noble person to speak out against these evils.” Smitha becomes just a noble person. She becomes an independent woman with her own career and source of income, and, therefore, she takes it upon herself to handle marriage proposals. When she finally meets the man she wishes to marry, they settle down in Malaysia and have a son named Bhasker and the story begins to follow his life This story focuses on the beautiful and wonderful aspects of life that occur even in the middle of the dark and painful moments. A series of adventure stories with opportunism and love & romance, packed with exciting incidents to catch the minds of all readers.

“Jayaprakash Raghavan Pillai was born in Johore. He had his secondary education in Kuala Lumpur, Malaysia. After his father expired, he returned to India. He is a master in English Literature. He has worked as an expatriate teacher in Ethiopia, Africa and Maldives. He has published many Articles and Poems. His three books “” Life Blossoms Like a Rose in Thorns”,” “”Poems That Thrill,”” “”Eerie Moments”” have been published. His writings reflect the moments that he had experienced in the countries like Malaysia, Ethiopia, Africa The author’s short story “”Hijacking That Failed”” was published when he was an Expatriate Teacher in Ethiopia. His three other Books,””Life Blossoms Like a rose in Thorns””; “”Poems That Thrill””; “”Eerie Moments”” have been published in the year 2009. The background of these writings were his experiences when he was abroad. List of other writings by Jayaprakash Raghavan Pillai on several Websites displayed. 1)His short story””The Young Princess”” was published by the Latin Heritage Foundation in a collection of stories in the book “” The Smartest kid in the Bronx”” at Amazon. 2)His One Act Drama for 90 minutes of Hospital Drama titled “” Why Affairs Happen”” was published by “”OFF THE WALL PLAYS.”” 3)His Poems were published on websites: a)voicenet.com (12poems) b) poemhunter.com(6poems) c)amazon.com 4)His book “” The Story She Had to Tell’ was published by feedaread.com 5)Jayaprakash Raghavan Pillai-Boloji.com POEMS-18 MEMOIRS-2 RAMBLINGS-1 Short Story Collections-2 WORKSHOP-2and Maldives.” 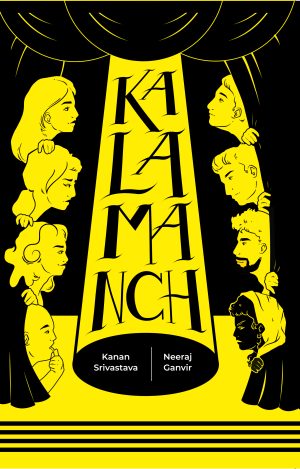