“The Silicon mind is a racy sci-fi thriller involving a very sophisticated neural chip implant by a robot on a human brain. It revolves around the intertwined lives of Ray, a leading neurosurgeon, sharp and flamboyant proprietor and driving force of Chetna, India’s foremost coma clinic and Dr Aman Kapoor, reputed physician and accident victim who falls into a coma.

Book Review On Everything – That Matters…

A year later, far from achieving any glory, they were a bunch of frustrated and desperate individuals. Reason? No takers for their chip. In spite of advertising on the Net and on the popular TV channels in a large number of countries, no one volunteered. Not even one human being amongst billions, prepared to allow the usage of his brain as a medium for their experiment.

The Silicon Mind
by Manikarnika Lagu
Review by Jyoti Babel

It has been quite a while since I read a sci-fi thriller novel. That is why when I got the opportunity to from Become Shakespeare to review Manikarnika Lagu’s ‘The Silicon Mind’, I could not resist. I set aside all the books that I had with me to read and started with it. I am so glad to say that I was not disappointed.

‘Artificial Intelligence’ (AI) is a subject that has always fascinated me. And since, this book explores the impact it can have on our lives in the times to come – this book fascinated me as well. The blurb gives you a brief synopsis of the story line and at first you feel like you know what to expect from the book. But, as you read it you know that the author has handled the story deftly and you are in for quite some surprises. I loved the way the story is narrated in the novel. It starts with Ray – Head of India’s leading coma clinic – Chetna and a leading neurosurgeon, working on a secret project of developing a sophisticated neural chip. He is looking for volunteers on whom he can implant the chip to study its behavior. Then we have Dr. Aman Kapoor, a reputed physician who has had an accident and as luck would have it falls into coma.

Aman becomes Ray’s unsuspecting guinea pig – Ray and his American collaborators successfully implant a silicon chip inside Aman’s brain – true to the book’s sci-fi genre, a robot does the operation! Aman wakes up – rejuvenated and changed forever. As Ray and his team expected, his brain has been enhanced to superlative degrees but his body suffers strange illnesses, a result of the conflict between the material chip and the corporeal brain. The story is about how Aman manages to trace his bizarre bodily symptoms with help from Manasi, his psychiatrist, and her journalist friend, Ishaan.

Overall, the book is quite an exciting read. The author has given insights into how sophisticated our brain and that makes the book a more enjoyable read. There are a few chapters in the book that are written from the perspective of the neural chip where it tells how it is responding to the new environment inside Aman’s brain and how it wants to manipulate things to show his supremacy. In fact, the book was quite a revelation to me on the brain’s working. Even a person with little knowledge about brain’s working will enjoy it. All the characters in the book are sketched well, with all the needed details. As you read the book, you realize that the author has done the research on the topic very well – that is why you will find no loose ends to the story. The growing closeness of Aman with his psychiatrist Manasi adds a love angle to the otherwise scientific novel and that makes it all the more interesting!

If you are looking for a quick read in the sci-fi genre, then you should pick up this book for sure. Highly recommended!

How will you respond if you come to know that there are two centres in your brain and these two are constantly trying to outdo each other? You won’t accept it as true. Isn’t it? Well, this is what we witness in Manikarnika Lagu’s The Silicon Mind. This book takes us into a world where it is possible to implant a very sophisticated neural chip on a human brain. There is also a robot, capable of doing complicated medical operations. I was thrilled when I get a chance to read this book as Science fiction is one of my much-loved genres. Therefore, I kept aside all the books which I was reading and started reading ‘The Silicon Mind’ once I get hold of this. I am glad to say that this book did not disappoint me.

The story revolves around the lives of Professor Ray (a leading neurosurgeon of the world) and Dr. Aman Kapoor (a reputed physician). Prof. Ray and his American collaborators have developed the most advanced neural chip in the world. This chip has been programmed to function like a neural itch in the human brain to not only galvanise it but also enhance it. However, this chip is a piece of worthless machinery until they test this chip by implanting it into a human brain. While they are desperate to test this chip, not even a single human being is ready to allow the use of his brain as a medium for their experiment. And here comes Dr. Aman Kapoor who falls into coma due to an accident and becomes Prof. Ray’s unsuspecting guinea pig when Ray and his collaborators successfully implant the chip inside Aman’s brain. Rest of the story then deals with the after-effects of this neural chip in Aman’s brain. While the storyline is a bit slow, it is a worth reading.

Manikarnika Lagu’s first novel, The Silicon Mind shows her coming to grips with science fiction and handling it with great artistic power. The novel has good form and structure. The narrative is a thing of perfect unity and chiselled finish. Apart from the structure and the narrative technique, Lagu’s flair for description and her style can also be extolled. Technical details related to brain and its functions have been presented in such a manner that these are comprehensible to even laypersons. While the author has dexterously avoided the impeding jargon which would have made this book a difficult read, the descriptions of brain, human body and neuroscience in the book show that the author has researched the subject well. Even though there are few instances where the author seems to have side-tracked from the main storyline, such occurrences are very few and do not impinge on the main story. Some of the chapters in the book have been narrated from the point of view of the neural chip that was implanted in Dr. Aman Kapoor’s brain. These chapters have been done brilliantly and keep the readers hooked. However, I feel that the number of such chapters could have been more as these represent the quintessence of the book.

Turning our attention towards the characters of this book, we find that all the characters are well developed and convincing. Each of these characters has not only given a specific role in the book but also impacts the storyline in some way or other. Additionally, each of these characters reflects individuality. I certainly fell for the main character of Aman, though other characters are as captivating as Aman. While it is possible that you may notice some faults in the book, these faults can be ignored recognising that this is the debut novel of the author. This is definitely a good read for people who love reading science fiction.

I would like to conclude this review by acknowledging the new authors in India and their contribution. In the last one year, I got the opportunity to read a number of English novels authored by Indians. These novels cover a diversity of themes. Breaking into new genres of writing is positively adding a new dimension to the English prose fiction. A highly significant feature of the prose fiction in India now is the way new writers handle the English language. Born and brought up in the post-colonial world, the new novelists, many of whom are part of the new Indian Diaspora, have had no reason to feel self-conscious in handling the English language. The new novels differ from the old ones as they are far more globalised. And, it really feels good to learn this. 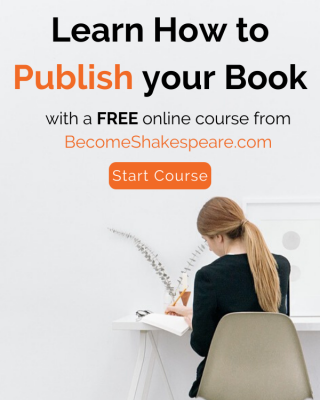